The development of unconventional fossil fuel resources like oil sands and shale gas in the past couple of decades puts the renewable energy industry in an unexpected bind. New drilling and exploration technologies have increased the viability of previously inaccessible resources such as those in the Arctic or the depths of the Gulf of Mexico. Consequently, the oil and gas supply hasn’t tightened as quickly as was predicted, and progress towards the much-awaited spike in fossil fuel prices that has been touted for years as the tipping point for renewable energy production has been significantly undermined. Admittedly, energy prices are still high from the average consumer’s standpoint, but they are not nearly high enough for price parity with renewables. For example, the drop in natural gas prices due to recent shale gas exploitation may have pushed the point of price parity between renewables and natural gas back by several decades, if not longer. As a result, the renewable energy industry’s growth has been stunted by the belief that the ameliorative effects of this newfound fossil fuel wealth are sufficient justification for reduced investment in wind, solar, and other clean technologies.

Although big oil and the renewable energy industry have long been at odds, even the greener camp has been able to find a few reasons to applaud the recent success of oil and gas: The expansion of unconventional fossil fuel reserves has dramatically improved energy availability around the world. Unconventional fossil fuels have reduced our dependence on the Middle East for oil, and Canada, with its large oil sands resources, has replaced members of the Organization of Petroleum Exporting Countries as the largest exporter of oil to the United States. They have also eased geopolitical tensions as countries like India, Brazil, and China have discovered exploitable oil and gas reserves in their own backyards with the help of much improved exploration and drilling technologies. Furthermore, unconventional fossil fuels have kept energy prices low for millions of residents of developing countries, for whom expensive renewables like wind and solar don’t jive with the realities of their pocketbooks. Especially in times of global economic turmoil, governments that have found it hard to justify expensive investments in clean energy have benefited from more rapid returns on investment in fossil fuels.

It is tough to fight realities like these, and renewable energy advocates are quickly finding that some of their most potent arguments against fossil fuels are losing steam. Oil isn’t as expensive as we thought it would be, reserves aren’t necessarily concentrated in the hands of OPEC, and global supplies of fossil fuels are probably going to last longer than soothsayers predicted. So where does that leave renewables? Are they destined to remain relegated to the sidelines in global energy portfolios?

We can give fossil fuels some credit for the improvements mentioned above, but they still don’t constitute a full-fledged solution to our energy problems. An independent study recently conducted by the Berkeley Earth Project has validated the much-maligned climate findings of the University of East Anglia (home of the “Climategate” scandal), thereby reaffirming the salient threat of global climate change. The recent oil and gas boom is only going to exacerbate this problem since it has led to a corresponding increase in global carbon emissions and a decrease in renewables activity and investment. Countries like Brazil and China, instead of turning to renewables to meet their growing energy needs, are eagerly exploiting new coal and oil reserves that have become accessible only in the past few years due to technological improvements. Petrobras, the state-controlled oil company of Brazil, last year raised $70 billion for the development of newly discovered deepwater oil reserves off Brazil’s coast, thereby locking in investment that might otherwise have gone towards renewables projects.

Additionally, let’s not forget that the “low prices” of fossil fuels aren’t really that low if we consider long-ignored social costs. Oil and gas that come from harder to reach deepwater wells and oil sands rely on increasingly energy-intensive processes with much higher carbon footprints. In fact, barrel for barrel, Canadian oil sands emit about 25 percent more greenhouse gases than Saudi oil because they are so much harder to extract. Carbon emissions aside, extracting oil from oil sands not only requires huge amounts of water, but also wreaks havoc on surface ecosystems as huge swathes of land have to be cleared during the process. Furthermore, I do not need to remind everyone of Deepwater Horizon to highlight the risks of unconventional fossil fuel resources. These risks only increase as companies race to harness unconventional fossil fuels from reserves that are getting harder and harder to access.

Unless we figure out how to price the externalities of burning fossil fuels, such as carbon emissions, environmental degradation, and public health impacts, renewables will remain at a disadvantage to fossil fuels for much longer than we can afford. This problem is compounded by the fact that Congress doesn’t seem to be in the mood to level the playing field for renewables. Federal tax credits, such as the production tax credit for wind, are due to expire at the end of 2012, and the recent budget debacles suggest that Congress is unlikely to reapprove such spending measures. However, due to the disproportionate political influence of some lobbies, the billions of dollars of annual subsidies to the oil and gas industry are likely to remain in place, even though oil and gas companies are making record profits.

Given such externalities and risks, we need to take a step back and reevaluate some of the progress fossil fuels are making. Are the short-term benefits of rapid oil and gas development worth the longterm tradeoffs associated with climate change and pollutant emissions?  As such, it’s in our best interest not to let the recent success of unconventional fossil fuels undermine continued investment in renewables. Only a balanced approach to energy development will provide a long-term solution to our energy woes. 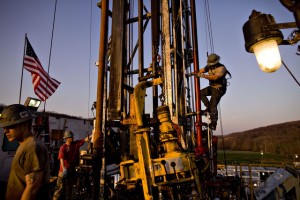 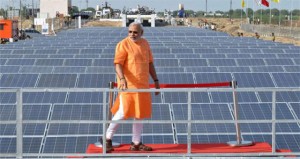 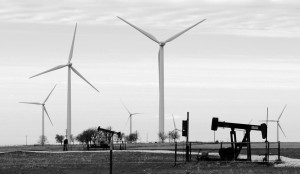