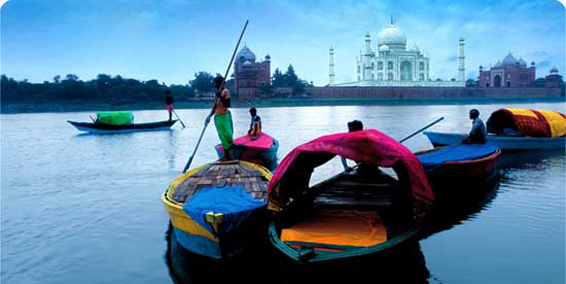 Many young Indian-Americans want absolutely nothing to do with India. We are not so naïve as to still consider it a land of snake-charmers and swamis, but our understanding is tainted by childhood memories of mosquitoes, blackouts, and food poisoning. Every challenge that India faces is another reason to stay on the other side of the globe. We decry the lack of air conditioning, western toilets, and our favorite fast food chains. We speak not of emigrating from India, but of “escaping”. We are not enamored with everything India has, but frustrated with everything it lacks. Safely ensconced in our Western bubbles, we carefully curate our exposure so that India touches our lives only through Bollywood, Chicken Tikka Masala, and the I.T. helpdesk in our offices (which is too often a target for ridicule). After all, India’s problems are somebody else’s problems.

On the other hand, some of us are too quick to see India through the lens of a young consultant. With our newly minted college degrees and “analytical skills”, we see it as a case to be cracked, a problem to be solved. We see a rapidly growing market and an increasingly-demanding consumer base, and we can rattle off statistics about its GDP growth, inflation, urbanization, and demographic dividend. We use grants and fellowships to visit India for a few weeks, return with a superficial understanding of its social, political, and economic fabric, and pitch solutions in social entrepreneurship competitions. And as a result of all this, our goal is too often to impose change. Our inclination is to be the benefactor who knows better and can fix it all.

But neither view is complete, and both views are insulting to our Indian brethren. As an Indian-American, the first view is all too easy to adopt. Surrounded by the conveniences of life in a developed country, embarrassed by the news of rapes, riots, and corruption, we compartmentalize and forget. India becomes a part of our lives that used to be, but no longer is, unless we want it to be. The second view, as a modern manifestation of imperialism, is hardly less insulting. India is no longer plagued by the British, but by the omniscient and newly-returned NRI who is so eager to share his enlightened ways with his family and friends. Every sentence starts with “In America, we…” Relatives have no choice but to indulge our pedantic ways until somebody has the sense to push us off our pedestals.

With this realization, I admit that I have fallen victim to both views. Even though I spent three months in India during every summer break, it was in the coddled care of my grandparents. I was the privileged child whose glimpses of India were often limited to those through the window of an air-conditioned car. Excursions into the “real world” were protected via chaperones in the form of Indian friends or the family’s chauffeur, and continuous purchases of “Bisleri” bottled water. That which could not be controlled – power outages, mosquitoes, and illness – I experienced (complaining and crying excessively), and quickly forgot after returning to America. And now, with my college education and newfound wisdom, I have maybe grown out of the first view, only to fall victim to the second: maybe I can help “solve” India.

It would not be fair to serve both views with an equal dose of criticism. The first view of India is escapist and results in self-serving detachment, and is often accompanied by the sentiment that “India is the way it is, and it will never change.” The second view, on the other hand, can be a catalyst for action. NRIs have contributed to India’s growth in myriad ways. We have indeed started businesses and non-profits that have helped our Indian compatriots. Remittances by NRIs exceeded $70 billion in 2013, more than remittances to any other country.

However, both views are a result of looking at India from the outside-in, and an incomplete understanding of its ways. Heavy-handed and generalized criticism of India ignores the progress that has been made in the last couple of decades and the contributions of those who have enabled change in the face of the most challenging odds. Similarly, the imposition of solutions from abroad ignores the vibrancy of India’s enduring democracy, the resilience of its homegrown entrepreneurs, and the resourcefulness of its engineers. We can no longer assume that “videshi” is better than “swadeshi”. It is important for us to remember that what works in the West may not necessarily work in India. Half-baked solutions imposed by those with even the noblest of intentions will result in half-baked results.

This is not to say that we should stop seeking solutions and striving for change where change is needed. Rather, as ambassadors of our homeland and leaders in our adopted lands, we are uniquely positioned to understand the intersection between India and the rest of the world. Therefore, our challenge is to truly understand both, without being dismissive or imperialistic, and develop solutions that build upon the strengths of both. Only then will we be able to contribute to India’s progress.