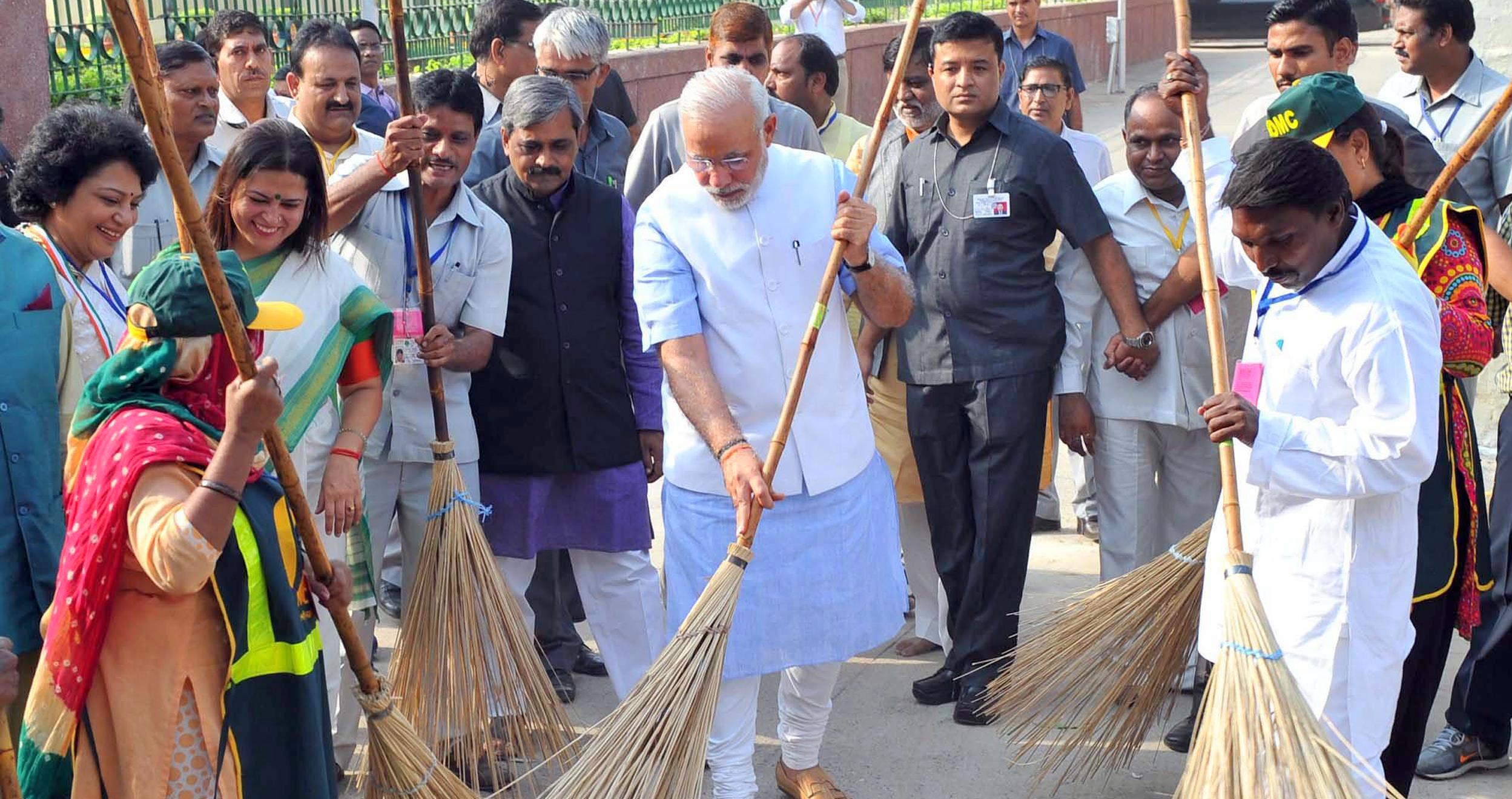 “Everybody else is doing it, why shouldn’t I?” On my recent trip to India, this was often the response I received from my compatriots who were knowingly and willfully ignoring the law. Whether it be the rickshaw driver who enters the wrong side of road, quickly snarling traffic in order to shorten his own commute, or the well-educated and well-to-do middle class families who have the habit of littering on the streets, such indignant rebuttals are all too common. A version of this logic, and the implicit abdication of personal responsibility, can be applied to the scourge of corruption as well: “I’ll just give the bribe this one time; next time, it will be different,” or “he was the one who asked for the bribe, I had no choice but to give it.” I, as well as several of my family members, have been guilty of such transgressions. Though such individual lapses may seem insignificant in isolation, I would argue that they are indicative of a much larger challenge that India faces.

Despite Prime Minister Narendra Modi’s exhortations that India’s development is the sum of small changes and small actions by 1.25 billion Indians, we still seem to harbor a widespread reluctance to accept individual responsibility for our actions and our mistakes. Despite the recent rise of well-publicized campaigns against problems like corruption, rape, and public cleanliness, change has been slow to come to India. For example, Anna Hazare’s anti-corruption campaign ultimately failed to usher the passing of the Jan Lokpal bill and new corruption scandals in government surface on a daily basis. Not to mention that the offshoot Aam Aadmi Party (“AAP”) has been mired in its own bureaucratic failings and power struggles that have rendered it more inept than the previous governments in Delhi. In the wake of the  gang rape of “Nirbhaya” in Delhi, which sparked international outrage and much shame for India, rapes continue unabated in most parts of India. Most recently, the launch of the Swachh Bharat Abhiyan in October 2014 to help encourage public cleanliness is off to a strong start, but its legacy is yet to be determined, and many have raised questions about the efficacy of the movement. When such campaigns are launched with much fanfare and the requisite celebrity endorsements, the citizenry is jubilant with the anticipation that change is imminent. The short-lived hype is important inasmuch as it helps spread awareness of the issues that our society faces. We may slowly begin to change our errant ways. However, evidence and experience both show that the resultant cognitive dissonance is not yet significant enough to catalyze long-term and widespread change.

Most importantly, the repeated failure of such “collective action” campaigns raises the question as to whether such movements (especially the Swachh Bharat Abhiyan) are doomed from the start. Basic economic theory would suggest that our societies are very poorly equipped to protect non-excludable public goods such as most public spaces. The well-studied “free rider” problem, which arises due to insufficiently delineated property rights for public goods, guarantees that individual cost-benefit analyses are bound to provoke transgressions. In other words, I bear no cost for littering on the street, and I benefit nominally in terms of time and maybe effort by not having to find a trash receptacle; therefore, it makes most sense to litter. This problem is especially acute in developing countries like India where the rule of law is weak. If fines for littering cannot be implemented, the cost-benefit analysis is very heavily skewed in favor of transgression. Under the “homo economicus” model of self-interested individuals optimizing their individual utility, such transgressions are not just rational, but actually the preferred mode of behavior. Economic models assume that society as a whole functions most efficiently when every individual is behaving in a rational, self-interested manner. As such, we can’t just attribute such transgressions to insufficient education (we would behave better if we knew better) or immorality (those who violate the rules lack a functioning moral compass). This is a problem that theoretically transcends all superficial differences and is a reflection of human nature. Furthermore, the “free rider” problem not only causes people to litter in the first place, but may also spell doom for the “collective action” nature of the Swachh Bharat Abhiyan movement. Why should I help to clean up the streets when I can easily benefit from the effort that others are putting in?

Given the nature of the challenge and its possible roots in human nature, are all such movements doomed from the start? And if so, why is the government focusing on such “collective action” initiatives instead of strengthening the rule of law to correct the cost-benefit analysis? Pigouvian taxes are shown to successfully combat the externalities that are generated by this free market failure. Is the government abdicating tough decisions regarding taxes and fines and instead trying to curry favor by employing well-publicized campaigns with popular appeal?

The good news is that all may not be doomed. To the extent that the emerging field of behavioral economics is poking holes in the classical model of economics and human behavior, our efforts may be worth more than they seem. Given that the “homo economicus” assumption is proving to be a rather poor approximation of true human behavior, our own “irrationality” may be our saving grace. As we saw with the campaigns against corruption and rape and littering, non-utilitarian components such as national pride and patriotism can be key driving factors of human behavior. In all three of these movements, rallies and protests of never-before-seen size and scale underscored the unique power of collective action. Even those who did not have any personal connection to the issues at hand joined the cause in the hope that they could help build a better country for their families and their children. These hopes and these aspirations, which are integral to the emerging Indian Dream today (akin to the American Dream nearly 100 years ago), are especially powerful if they can catalyze long-term systemic change. Such change will require many tough decisions by both the populace and its elected representatives, but the legacy of such movements will be in their ability to harness our “irrationality” to overcome the failings of our “rationality”.