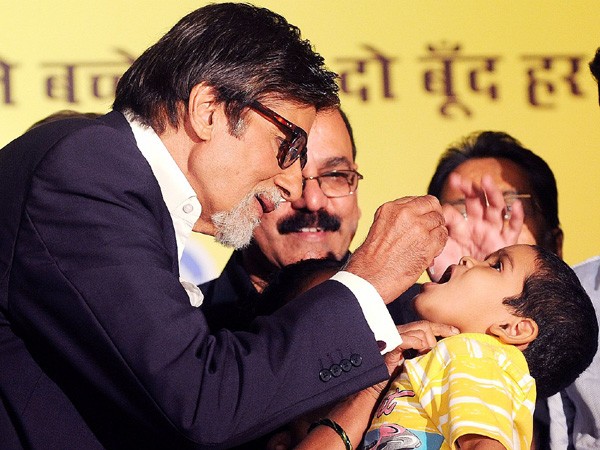 Amitabh Bachchan is arguably the superstar of the century in India and one of the most influential figures not only in the Indian film industry, but also more broadly in Indian society. His appeal transcends age, gender, class, and religion and has made him the icon of 1.2 billion Indians. Most Indians are enamored not only with his acting and his films, but also with the aura of a star who seemingly has no faults. The projection of every desirable personality trait onto Amitabh inevitably resulted in his deification, to the extent that the entire country went into mourning when Amitabh was critically injured during the production of Coolie in 1982. Audiences extrapolate from his own screen performances and his TV appearances and assume him to be the perfect father, the perfect husband, the perfect actor, and the perfect scholar. Especially in an industry that is known for self-aggrandizement and self-absorption, Amitabh’s humility, compassion, and erudition differentiate him from his colleagues who regularly fall prey to such mortal failings much to the amusement of the Indian media and paparazzi.

For these reasons, it is especially disappointing that Amitabh, in his interview with Arnab Goswami of the Times Now news channel, repeatedly refuses to accept any responsibility for, or acknowledge any association with, the transgressions of the film industry and its relationship with the political establishment. Amitabh clings unfailingly to his argument that he is a private individual who doesn’t want to ruffle any feathers and wants to lead a quiet life. He claims to be afraid of the consequences that might result from his frankness on such charged topics. Though it is Amitabh’s prerogative to choose such a non-confrontational path and position, this perspective represents a negligence towards the responsibilities associated with being a public figure and one of the premier role models for 1.2 billion Indians. Amitabh, if he so desired, could be a force for change in spheres of society ranging from media and entertainment to politics, to philanthropy. He is perceived to be a “man of the people” and his fans expect him to speak out on their behalf. It is egregiously self-serving to bask in the benefits and privileges of being India’s most respected superstar, yet to abscond from the responsibilities that come bundled with this role. Especially at a time when the emerging middle class is searching for leaders and is galvanized to finally correct the ills that plague Indian society, the decision to live a quiet private life by one of India’s most revered public figures is an anachronism which may be indicative of a more pervasive weakness in Indian society and its leaders.

In a country with a dearth of modern-day role models, superstars like Amitabh are idolized by young and old alike. Most Indian role models continue to be historical or religious in nature, in contrast with the tech titans, business leaders, and philanthropists that are household names in the West. And of the Indian business leaders that are household names, many are abhorred for their selfish excesses, rather than admired for their philanthropy. For example, Azim Premji is the only Indian signatory of the Giving Pledge, while Mukesh Ambani instead plowed nearly $1 billion into building Antilla, the second most expensive residential property in the world, after Buckingham Palace. Amitabh Bachchan, on the other hand, has a fan base that knows no bounds and an ability to wield more soft power than anybody else in Indian society. Rather than shying away from the responsibilities of his star power, he should embrace the bully pulpit he has unlimited access to, and seek to improve the lives of the millions that cling to his every word and breath.