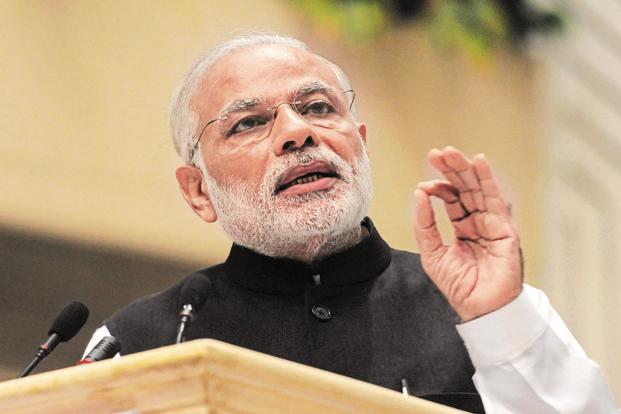 Prime Minister Narendra Modi’s recent demonetization initiative, whereby he unilaterally declared on November 8 that all 500 and 1,000 rupee notes would no longer be accepted as legal tender, has been the genesis of much consternation in India. The initiative was heralded (and marketed) as an important step towards cutting off funding for terrorism, reducing corruption, eliminating “black money”, and accelerating India’s transition towards a 21st century “cashless” economy. As a result, taking the Prime Minister’s exhortations for “sacrifice” and “patriotism” to heart, the populace lined up at banks and ATMs for several weeks in order to exchange their old currency for new notes.

Meanwhile, opponents of the initiative have pointed to not only the havoc it has wreaked on India’s economy, but also to the tangible deprivation that is resulting from this ill-advised and poorly executed experiment. Especially for India’s poor, who rely almost entirely on cash (whereas digital currency is belatedly gaining traction in India’s metropolitan areas), days spent in ATM lines have a tremendous opportunity cost in the form of lost wages. From a macroeconomic perspective, because more than 90% of all transactions in India are conducted in cash, taking 86% of the country’s cash out of circulation has stifled transaction volumes in almost all industries. Though the impact of demonetization is not yet fully reflected in economic data, the IMF has already lowered its forecast for India’s 2016-2017 GDP growth from 7.6% to 6.6%. India has forfeited its coveted position as the “world’s fastest growing economy”.

Despite the initiative’s bungled execution and the attendant damage to the economy, demonetization may prove beneficial in the longer term. By increasing deposits and liquidity in the banking system, it will lead to lower interest rates, which in turn will enable individuals and businesses to borrow more cheaply for consumption and investment. Once new notes are adequately in circulation and the cash crunch abates (which is taking longer than expected), easier access to credit for both urban and rural residents should lead to improvements in living standards. Simultaneously, the catalytic impact on the development of a “cashless economy” will hasten broader governmental efforts to reduce tax evasion and black market transactions.

However, these long-term benefits are mostly economic in nature, and don’t lend credence to Modi’s vocal crusade against terrorism, corruption, and cash-based transactions. Rather, for each of these crusades, one cannot help but wonder whether there would have been better and more effective ways to tackle the same problems. Cross-border terrorism should be addressed by strengthening India’s borders, tightening immigration controls, and improving the resources available to Indian and international intelligence agencies. Corruption and black money should be addressed by strengthening civic vigilance efforts, improving India’s income tax department, and fast-tracking judicial review of corruption-related court cases. Similarly, India’s transition to a “cashless” economy should be hastened by focusing on deployment of digital payment services, enhancing financial literacy, and improving access to banking services. While the aforementioned solutions aren’t easy to implement, they all address India’s problems more directly and comprehensively than the oblique, and untested, gambit of demonetization.

Furthermore, while demonetization has been touted as a single “silver bullet” solution to many problems at once, it is in reality not a good solution for any of them. Terrorists will need only a few months to find new sources of funding and get their hands on new currency. Black money is a flow, not a stock, so with continued rampant income tax evasion, there will be rapid regeneration of hidden cash piles under mattresses. The move to go “cashless” requires larger systemic solutions (e.g. access to bank accounts), and not just a revocation of legal tender. As such, faith in demonetization is misplaced. It is just a treatment of India’s symptoms, rather than a long-lasting cure for the underlying malaise.

In the context of India’s larger problems, demonetization seems like an even stranger crusade. Given that the country faces acute crises in education, agriculture, healthcare, water, energy, and almost every other field, Modi’s decision to mobilize the nation’s people and resources to contend with the form and function of its legal tender seems like a strange battle to pick. The complete hijacking of the public discourse and political mindshare is a lost opportunity to engage on more pressing issues, as the airwaves have been clogged with only news of demonetization for several weeks. Furthermore, Prime Minister Modi has undoubtedly expended much of his limited social capital, insomuch as the electorate has a finite appetite for such dramatic and life-interrupting changes. Ultimately, the public’s reserve of patriotism and altruism, which propelled them to follow Modi’s lead in this experiment, will be exhausted. After seeing the bungled execution of this initiative and growing weary of waiting for its long-dated benefits, Indians will be less amenable to future exhortations from the Prime Minister. Such a decline in the power of Modi’s bully pulpit may render collateral damage on some of his more worthwhile initiatives that have the power to address India’s serious crises. In addition to expending social capital, Modi has undoubtedly torched political capital as well, and made new enemies in both his own party as well as the opposition. Politicians in both the BJP and Congress have been caught flat-footed by this change (and many have undoubtedly lost their own stores of precious black money), and may be keen to enact vengeance upon Modi. By acting unilaterally, rather than by legislative mandate, Modi has further undermined the tenants of India’s democracy and stoked fears about his authoritarian inclinations.

Demonetization’s impacts, especially in an economy as large and complex as India’s, are poorly understood. While the initiative may have long-term economic benefits, these will likely prove to be underwhelming in comparison to Modi’s grandiose vision of defeating terrorism, eradicating black money, and catapulting India into the digital century. Rather, India might have been better off if Modi had dedicated more time to building a productive relationship with his opponents in Parliament and focused on enacting legislation to address India’s real problems. By exhausting the public and irking his opponents in his pursuit of a short-term “silver bullet”, he may have foregone the opportunity for real long-term change.