Narendra Modi and Donald Trump: The Proponents of Populism 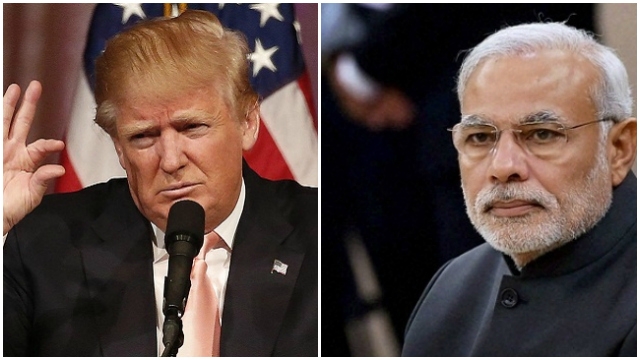 Donald Trump’s recent election as President of the United States has underscored the pervasive global extent of populist sentiment. The U.S. is only the latest amongst several “liberal democracies” that have come under the control of newly-elected leaders with unabashedly nationalist and protectionist agendas. In many ways, Trump’s defeat of the U.S. Democratic Party is similar to Narendra Modi’s earlier defeat (in May 2014) of the Indian National Congress (“Congress Party”). However, despite the recurrence of populism-driven political upheaval, and the consequent proliferation of precedent case studies, the global populist movement continues to be misunderstood and underestimated. Ousted political parties, such as the U.S. Democratic Party and the Indian National Congress, need to realize that understanding the patterns underlying this global movement will be the first step in their uphill battle to win back voters.

In India, the Indian National Congress has enjoyed dominance since Independence, having controlled the central government for 54 out of 69 years. The Congress has often relied on its identity as the party of Jawaharlal Nehru and its freedom fighting credentials to stir patriotic sentiment amongst the electorate. More recently, by positioning itself as the guardian of the poor and minorities (especially Muslims), against the nationalist and Hindu-chauvinist campaigns of the conservative-leaning Bhartiya Janata Party (BJP) and its allies, it has often aimed (and claimed) to take the moral high ground in India’s vitriolic political arena. Similarly, in the U.S., the Democratic Party has positioned itself as the guardian of minorities, women, gays, and other marginalized groups, against the predominantly white and Christian voter base that forms the core of the Republican Party.

However, both the Indian National Congress and the U.S. Democratic Party had become complacent in their incumbencies. Blinded by the halos of their ideological supremacy, and overly focused on narrow appeals to their core supporters, both parties failed to notice more endemic voter concerns that could not be addressed by “business-as-usual” election platforms. In both India and the U.S., the confluence of increasing economic inequality, cultural and regional conflict, and ineffectual government created a tipping point which led voters to not only remove the incumbents from power, but also select “outsiders” who promised big changes to the status quo.

In both India and the U.S., increasing economic inequality has stirred widespread discontent. In India, 58% of the country’s wealth is now owned by 1% of the population according to a study recently released by Oxfam. Urban elites have cheered rapid economic growth and they take pride in India’s identity as the “world’s fastest growing economy”. But the benefits of this progress have been unequally distributed and have eluded the rural poor almost entirely. As Amartya Sen and Jean Dreze point out in their book “An Uncertain Glory,” despite India’s economic progress, the state’s failure to provide basic services to the poor has stifled improvements in living standards and has exacerbated the wealth and income gap. In the U.S., similarly, wealth has accumulated in the hands of the urban elite, while incomes in the rural and agricultural heartlands of the country have declined. While globalization has opened new markets for U.S. companies to sell their wares, it has revealed that U.S.-based agriculture and manufacturing is uncompetitive on most global supply curves. Even for companies in the services sector, outsourcing has become an unavoidable operating strategy to reduce costs, and has further reduced the availability of U.S.-based jobs.

In both countries, racial, ethnic, and cultural competition has led to increased acrimony and outright cultural conflict, especially in the context of the aforementioned economic inequality. In India, agitations along the lines of language, caste, religion, or region are not new, but they have grown more prevalent in recent years as economic marginalization has overlapped with pre-existing cultural schisms. The factors of production (especially land and capital) are in the hands of the dominant few, and are often used as tools to further consolidate barriers to entry. The continued agitations by Jats, Patels, Dalits, and Naxalites indicate growing frustration that the dominant majorities are siphoning economic gains into their own coffers. Similarly, in the U.S., not only are economic gains perceived to disproportionately benefit minorities and immigrants (groups which are overrepresented in high-paying professions such as technology and finance), but the structural unemployment resulting from globalization and outsourcing has hit whites the hardest. Trump’s efforts to build a wall on the border with Mexico and to tighten immigration rules both reflect underlying economic insecurities (Mexicans and immigrants are stealing jobs from whites), couched in the more politically-correct language of homeland security (“It’s not a Muslim ban”).

Against the backdrop of severe economic inequality and cultural conflict, in both countries voters had become tired of the political status quo, in which government had stopped working for the people and had failed to address such problems. In India, the Congress Party continued to extol its patriotic legacy, all the while becoming embroiled in scandal after scandal (the more infamous including 2G Spectrum, Commonwealth Games, Bofors, “Coalgate”). Elected office had become not a means of public service, but a means of acquiring additional wealth and power. Daily news of the absurd sums that politicians were siphoning from the public account exacerbated the public’s frustrations about economic inequality (the rich were clearly getting richer). In the U.S. as well, voters had become more disenchanted with the government in Washington, as evidenced by Trump’s success with a “drain the swamp” campaign. Approval ratings for Congress were only 18% ahead of the November elections, reflecting the public’s weariness with elected representatives who were unable to drive policy change and spent too much time obstructing the opposition’s efforts. Congress’s inability to correct long-stewing concerns about the abuses of “Wall Street” and “Big Business,” especially in the wake of the Great Recession, reinforced the perception that politicians were conspiring with the wealthy to protect vested interests.

Narendra Modi and Donald Trump were both elected as solutions to the problems of economic inequality, cultural conflict, and ineffective government. Voters were looking for change from the status quo, and in both cases elected authoritative leaders who were perceived to be “outsiders” to the political establishment and had the will to clean it up. As intended, the election of outsiders led to convulsions within the political parties. Modi’s elevation within the BJP has ruffled many feathers, including those of stalwarts such as LK Advani. Similarly, Donald Trump has clashed repeatedly with Republican leaders on issues ranging from tax policy to healthcare reform, and now seems to be a more independent President than one would expect of a candidate who won with the Republican ticket. In both countries, the larger-than-life personalities of Modi and Trump ensured that the elections were predicated upon individual candidates, rather than their parties. While many BJP politicians and Republican Congressman rode to victory upon the coattails of their chieftains, the parties must realize that they will have to mold themselves anew to remain relevant in the new era of populism.

Given that both the Indian National Congress and the U.S. Democratic Party were defeated under similar circumstances, they may be able to learn from each other as they plot their resurgence. In this new era, it is clear that neither party will be able to reverse its fortunes by continuing the current strategy of vilifying the opposition. In India, the Congress Party is intent upon casting the BJP as amateurish by calling into question Modi’s hasty decision to pursue demonetization. In the U.S., Democrats have resorted to petty personal attacks against Trump, focusing on his personal shortcomings and boycotting his inauguration. While political mudslinging may have worked as a campaign tactic (and even a governance tactic) in the past, the fundamental shift heralded by this election and the underlying issues it revealed suggest that old ways of thinking will only further anger voters who are hungering for change. Furthermore, neither party can afford to downplay the significance of this election cycle. Tendencies to excuse Modi’s election or Trump’s election as an aberration, as evidenced by Democrats’ focus on Hillary’s capture of the popular vote and the associated protests, not only prevent an understanding of the underlying issues that led to the electoral upset, but also detract from efforts to move on to the task of governing now that the election is over.

While both the Indian National Congress and the U.S. Democratic Party will have to find ways to engage with the underlying confluence of economic inequality, cultural conflict, and ineffectual government, it is worth noting that neither Narendra Modi nor Donald Trump have done well in addressing these issues. Under Modi’s leadership, development for the poor has failed to accelerate (especially compared to his grandiose campaign promises), cultural conflict has only increased, and the recent demonetization initiative has highlighted that even the BJP is not free from corruption. Since Trump’s election, even though it has only been a few months, it has become clear that economic inequality will increase vis-à-vis further deregulation of big banks and businesses, cultural conflict will be stoked via ill-advised immigration orders, and government inefficacy will become rampant while sycophants debate “alternative facts”. Hence, the Indian National Congress and the U.S. Democratic Party might have a fighting chance of reversing their fortunes if they can stop politicking and instead focus on the confluence of problems that is only being exacerbated by the elected proponents of populism.